How to implement record locking in Wicket

The concept of record locking is useful when you want to allow only one user to edit a data record at a time. A data record or, record for short, can be any collection of data. For example, a user profile, a purchase order, or a data-entry form. In a multi-user environment, you want to avoid the case where multiple users are simultaneously editing the same record and possibly overwriting each other’s changes.

So what we want to do is build a mechanism for controlling access to a record. It’s helpful to see it in action first:

The main libraries we will use are:

Now let’s take a high-level look at the components involved:

There is too much code to go thru all of it here. However I want to point out some notable things.

To simplify the demo, we get the user ID from the query string in EditRecordPage. However, in a real application, you would use the currently logged in user’s ID from your authentication provider.

In a real application, instead of EditRecordPage, you might have an edit user profile page or edit the purchase order page. In each respective case, the ‘record ID’ would be the user ID and the purchase order ID. The implementation will remain the same, both pages will implement LockablePage.

Hopefully the code is understandable enough! Find the full source code on GitHub.

A series of quick tips aimed at improving your productivity. Generating PDF's from Wicket pages.

Learn how to quickly add database communication to your Wicket app using Hibernate and Spring Data JPA while writing almost no code! 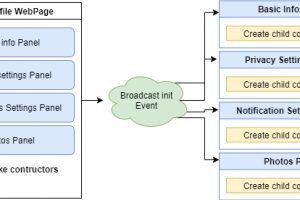